CARD Europe is a humanitarian organisation established in 2013 in Norway. It has the registration number 911 818 434. It works with improving the situation in some of the poorest communities in the world. It works via its sister organisations in CARD - CARD Liberia and CARD Sierra Leone - and other local organisations, as well as international companies and organisations.

CARD Europe is managed by a Board of Directors, consisting of 3 - 7 Directors, including the Chair and the Vice Chair persons. The Chair is combined with the CEO function, see below.

The annual report can be found here.

CEO and Chair of CARD Europe

She was born in Lamko Yekepa, Liberia, in 1972. Having escaped the civil war, she lived in The Netherlands for 20 years and studied economics. Wishing to help her country rebuild, she established CARD Liberia in 2009. CARD Liberia has been doing projects within e.g. peacemaking, education and farming. See www.cardliberia.org for more information.

Having expanded her European basis to several countries, she realised that she could help her country even more with a European based organisation. Hence CARD Europe was established in Norway in 2013. CARD Europe is mainly intended as a fundraising organisation for the CARD Liberia projects. 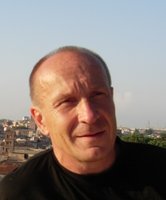 Here are some of the organisations that CARD Europe has partnered with:

He is a Norwegian, born in 1958, living and working near Oslo. Educated as a lawyer, he has worked many years as an international consultant helping governments in developing countries with legislation and systems for the protection of the environment. During the last 5 years he has worked within renewable energy, providing renewable energy to developing countries (www.nideco.no).