Information and knowledge could have helped immensely in curbing the spread of the Ebola Virus in the West African Countries hit by the deadly virus. Thousands of lives were lost due to ignorance of how the disease spread - ignorance largely caused by illiteracy. In addition, illiteracy is one of the greatest barriers to development of the same West African countries in general. Literacy is therefore a key to preventing diseases as well as for development.

CARD Europe and CARD Sierra Leone focus on promoting and supporting literacy through the education of children in primary and secondary schools. We promote literacy by working directly with parents, schools and teachers and encouraging community involvement in education. We work in both the rural and urban areas, seeking ways to improve retention in school and learning outcomes for underprivileged children. By exposing the children to books and computers at early age we believe it will enhance their education and school work along with computer and internet skills. 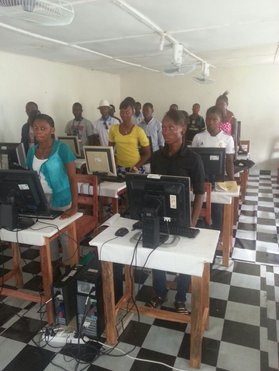 The first students to enroll for an introduction to IT

CARD Sierra Leone has completed a computer training centre in Port Loko, and the first students were enrolled in December 2016. We seek to provide access to computers and books for more than 200 children in the centre.

The project aims at targeting 200 children and young adults between the ages of 13-21 at the new youth program of CARD Sierra Leone.

We appreciate all the help from Fair Norge, for helping us with PC's, Engineers Without Borders, for arranging technical assistance, and in particular we would like to thank Trygve Flathen (EWB) and the CARD Sierra Leone team and volunteers for their tireless work for launching the centre.

The operation of the centre requires funding, and it will therefore be partly rented out to groups and partly as internet café. In addition, we hope for some donations for funding of the youth training, whether once or regular. 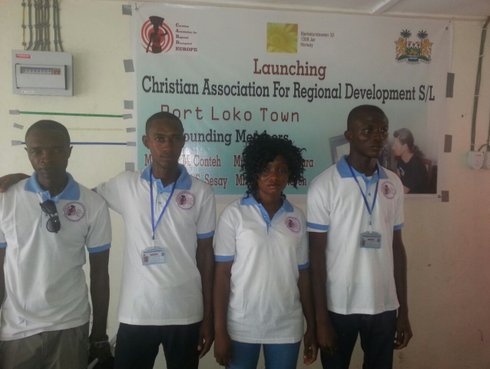 Some of the volunteers in making the computer training centre come true.