We'd like to present a few communities that CARD is passionate about. In co-operation with our partners and sister organisation, CARD Liberia, we will do what we do best, and create better living conditions leading towards a sustainable way of life in these communities.

Your support means a lot to us, but for these communities it could mean a new life! 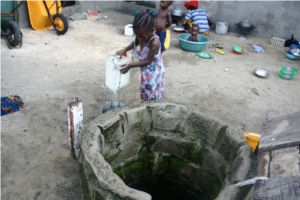 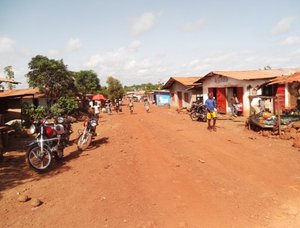 West Point is located in down town Monrovia near the seaside. It has a population of over 75.000 people living in appalling conditions. There is no sanitation so the most of the area is infested with and smelling of faeces and urine, the beach is used as a toilet. Most of the houses are merely shacks built from whatever people find. Water is provided for by only a few wells, the water not being safe. Pools of raw sewage are a breeding ground for mosquitoes and malaria is a serious problem.

The land behind the unfinished, and abandoned, Ministry of Defense building in Congo Town had been left untouched throughout Liberia’s history. But it quickly became home to thousands of Liberians who had been displaced during the war, and who sought stability, and land, on which they could rebuild their lives.

Peace Island has lived up to its name. But now the residents are uniting against another challenge: the basic infrastructure its residents need to survive, such as roads, an adequate bridge to access the island, government-supported schools and clinics.